Since the death of Graham Evans co-founder of Groundpig, in 2006, John has spent time focusing his energy on establishing his solo career. At his residencies John continues to play many styles of music including the likes of Bob Dylan, James Taylor, The Pogues, The Killers, Coldplay, Cat Stevens, U2 and Snow Patrol.

John's solo career has also seen interest gather momentum in his own song-writing. On his CDs you can hear John playing a wide range of instruments including nylon and steel string guitars, mandolin, five string banjo and the harmonica which all delicately resonate through his own original pieces.

John's exceptional talent has not gone unnoticed beyond Merseyside. With over a million music lovers from across the world having logged on to John's Youtube channel, and enjoyed, discussed and even debated his performances, in particular his rendition of Classical Gas by Mason Williams. Having studied Classical Guitar with Stan Yates, at the age of 28, John continues to charm audiences by masterfully swapping between steel and nylon string guitars. John has introduced many music lovers to an array of classical works by cleverly infusing these with more contemporary pieces. (John performs a free Classical Guitar recital at Liverpool's Anglican and Metropolitan Cathedrals on the first and last Thursday of every month).

In May 2008, it came as no surprise to his loyal fans, that John was invited to support and perform alongside, the highly acclaimed American singer song writer, Stephen Bishop, at the Liverpool Philharmonic Hall. Two months later John then found himself supporting Martin Carthy, whom had been a great inspiration to him in his younger days, at the Wirral Folk on the Coast Festival. The success of these performances particularly at the Philharmonic did not go unnoticed as John was then invited to join Bishop on his UK tour which opened at the Shaw Theatre London, with none other than Eric Clapton in the audience!

John's solo career has grown over the past few years: with sell out concerts at the Gladstone Theatre Port Sunlight and the Rodewald Suite at the Liverpool Philharmonic. Stan Ambrose profiled the talented Liverpudlian four times on the popular Folkscene Show on BBC Radio Merseyside. Back in 2009 John was delighted to learn that his song “What a Day I've Had” achieved International acclaim by finishing second in the Indie International Song-writing Competition, where his entry was judged by Severin Browne the Motown Recording Artist, whose songs have been cut by Thelma Houston, Patti Dahlstrom, Colin Blunstone, The Dillards, and Pamela Stanley, who had a major hit with Severin's "I Don't Want To Talk About It.”

Recently John has been working on a number of new ventures in particular his Simply Dylan project which has received fantastic reviews on their UK tours with SJM Concerts. Whether using a full band or performing an acoustic set John's interpretations of one the world most prodigious songwriters has gone from strength to strength; from 7 sell out gigs at the Cavern, to a Spanish Tour and performing at the Troubadour London,  the Liverpool Philharmonic Hall and opening up the IOW Festival on the Big Top Stage. Simply Dylan is a remarkable project which is gathering momentum and delighting Dylan fans young and old.

From performing original songs to playing Simply Dylan, to the highly successful Groundpig Tribute night; with another 2nd Place, this time “Within My Heart” in the 100% Music Song Writing Contest; and 'Out on the Vine' being selected as the theme music to the British film 'A Wedding Most Strange'; John’s appeal and interest in his music continues to expand. 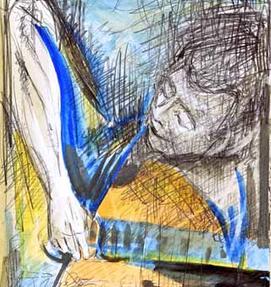 John O'Connell has had his name indelibly written in to the tapestry of Liverpool's music scene. Born and raised in the Everton area of the city, John's early influences were routed in acoustic, folk and classical guitar. Stefan Grossman; Bert Jansch; John Renbourn; and Martin Carthy all inspired John and ignited his passion for music

It was a young and high-spirited John O'Connell who responded to a tiny hand written advertisement, in Frank Hessy’s music store, which eventually lead to the formation of the legendary Liverpool band, Groundpig. From these somewhat modest beginnings Groundpig went on to dominate the city's music scene holding residence in many popular establishments, playing a variety of music from bluegrass, folk, country to pop and more contemporary genres. The success of Groundpig was staggering and today many revellers still reflect fondly on nights spent at the likes of the Scooner Inn, Daleys, Philharmonic Pub, Bier Keller, Flannigan’s, Rosie O’Gradys, Guinans and Kitty O'Shays.